Race Baiting on Campus: Does It Ever Stop?

Whether you?re a foreigner or American, you?ve encountered some form of racial stereotyping or have witnessed it.

You?ve either been a victim of it, or you?ve dished it. 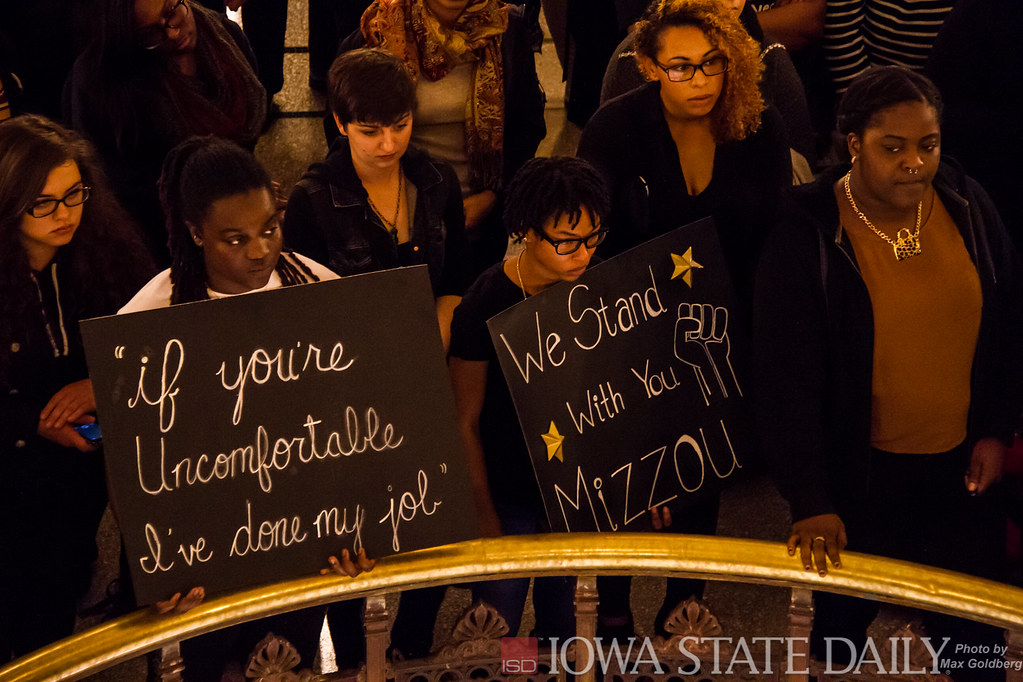 Racial stereotyping is a growing issue on college campuses in the U.S., as well as overseas. A key contributor is social platforms, like Yik Yak, and that campus authorities do little to respond to it. Many students feel that racial hate-crimes are reaching an epidemic on campus.

After #Election2016, racism is on the rise, according to the Southern Poverty Law Center. Stereotyping and hate-crimes are increasing on college and high school campuses. Incidents have risen to over 700 since November 8, Election Night.

At the University of Pennsylvania, GroupMe users added African-American students to chats calling for lynchings. They included racist photos and phrases.

HuffPost Live contributor Sam White compiled the social media responses of African-American freshmen at UPenn who expressed their concerns. He posted it on Facebook.

The university handbook clearly states that it is the students responsibility to:

"... respect the health and safety of others. This precludes acts or threats of physical violence against another person...The University condemns hate speech, epithets, and racial, ethnic, sexual and religious slurs...Student speech may be subject to discipline when it violates applicable laws or University regulations or policies."

Authorities at UPenn reported that the GroupMe account was owned by a prospective student who instead enrolled at the University of Oklahoma. As of November 11, UPenn's IT was working to locate the origin of the account. They identified one student who contributed racist posts from Tulsa Community College in Oklahoma.

As of November 15, the UO student was no longer enrolled at the school. The TCC student was placed on "interim academic probation," according to The Daily Pennsylvanian. Their identities have not been released.

The Daily Pennsylvanian also reported that Microsoft, GroupMe's parent company, suspended accounts and launched an investigation of their own.

I posed the question on Facebook to several college students in the U.S. and overseas: "What is your take on racial stereotyping? Have you caught yourself in the middle of a situation?"

One said social media was a key player in increased racism and stereotyping in their college community.

Like England, students attending the University of Johannesburg and Kingsway in South Africa are experiencing race-related hate crimes after apartheid.  Apartheid is the separation of people by race, religion, and political views. In 2008, at the University of The Free State, a racially driven video, made by two students, that showed employees on their knees eating food which had been urinated on, went viral. University officials immediately took action and punished the students.

In an interview conducted by RelativityOnLine, a student at one of the universities said that black students are so often attacked by white students in bars or dorms that it's almost normal.

On its About Us page, RelativityOnLine says it "seeks to promote global citizenry through the respect, awareness, and recognition of individual perspective. Specificity over stereotypes, tolerance over dogmatism, and justice over bigotry."

But, white South African students are also racially profiled. In ROL's article a student is quoted saying, "White students were being overlooked in favor of poorly achieving black students in the awarding of bursaries.? (Bursary being scholarships.)

Now back to the States.

At American University (AU) in Washington D.C. recently, female African-American students were the targets of racial taunts. Two AU students left a rotten banana at the door of an African-American female's dorm. And they drew an offensive image on the dry-erase board on her door.

That same night, two other African-American students were pelted with bananas. In an article by the Washington Post, they noted that racism is a recurring issue on campuses such as AU. Students are victims of it, and students protest and call for the school to acknowledge the concern. But many schools are slow to act against it.

In 2015, Theroot.com documented racism at AU sparked by Yik Yak. The small percentage of African-American students on campus were targeted by racist posts on the social app.

Students pelted by bananas. Being told to ?go back to Africa? and being called ?monkeys.? To international students, from the outside looking in, what is your take on this?

Youtuber and spoken word artist Humble the Poet says he believes that ?racism is more of an obstacle, instead of a reason."

Our source in London says African-American hair is another issue and path of discrimination. She recalls that "a girl, went for a job -- got the job -- and at the job she was told she could not work, because of her hair," which she wore in neat locs. Locs, or dreadlocks, describes braids and twists of hair.

Likewise, young women and men who wear religious head pieces often are racially profiled because of it.

Racism and stereotyping are two issues that will never go away, especially on college campuses. Many students enter college with the assumption that they will be with people just like them, and overlook the diversity of their campus. For example, 6.2 percent of American University students are African America, compared to the 55 percent that are white or the 6.4 percent who are Asian.

via American Institute for Research

Non-white or students of other racial backgrounds have also been profiled. Statistics presented by the American Institute of Research (AIR), states that 46 percent of hate crimes on college campuses are race related.

Likewise, many Asian students show hesitance to interact with those out of their group, particularly blacks, Indians and typically anyone "darker than them," which influences their mindsets as they enter university. As someone who attends a school with a large amount of Asian/non-American students, I have witnessed much of their hesitance to interact with many of the non-Asian students.

But that's a story for another blog.