Daughter Says Iranian Scientist Deported by US, but Officials Deny Any Swap With Iran

WASHINGTON - The daughter of an Iranian scientist who had been under U.S. prosecution or detention since 2016 says U.S. authorities have deported her father, a move that U.S. and Iranian officials said is not part of another prisoner swap between the two longtime enemies.

In a Monday post on her “Free Professor Sirous Asgari” Facebook group created in March, California-based Zahra Asgari said she was sharing “good news” that her father was flying to Iran and would be back in the country this week. She also thanked friends for supporting her campaign for his release from U.S. custody.

The 59-year old materials science professor had been in the custody of U.S. Immigration and Customs Enforcement (ICE) since his November acquittal in a U.S. federal court case.

The U.S. District Court for the Northern District of Ohio dismissed charges that Asgari stole trade secrets while working at Cleveland’s Case Western Reserve University, ruling that prosecutors did not present sufficient evidence. Prosecutors had filed the indictment against Asgari in April 2016.

ICE had flown Asgari between several U.S. detention centers in the months after his acquittal, as U.S. officials said they were trying to deport him to Iran but ran into difficulties in arranging passenger flights with the coronavirus disrupting international air travel.

Asgari was transferred to the Winn Correctional Center in Winnfield, Louisiana, his final stop before deportation, in March. The following month, he contracted the coronavirus at the facility, prompting U.S. authorities to say they were further delaying his departure until he recovered.

In May, some U.S. media and commentators speculated that Asgari could be deported in return for Iran freeing Michael R. White, a Navy veteran whom it arrested in 2018 as he visited his girlfriend in Mashhad and later sentenced to 10 years in prison for allegedly insulting Iranian Supreme Leader Ayatollah Ali Khamenei.

Iran released White into the custody of the Swiss embassy in Tehran in March after he exhibited coronavirus symptoms but has refused to let him leave the country. Iranian government spokesman Ali Rabiei fueled the speculation of White’s possible release by telling state-approved news site Khabaronline last month that Tehran was “ready” for a full prisoner exchange with the U.S.

U.S. officials dismissed the speculation, saying they were working to secure White’s release independently of Asgari’s case and had received no formal prisoner swap offers from Iran. Washington long has accused Tehran of unjustly holding White and several other Americans on trumped up charges and demanded their release. Tehran has called for the U.S. to release an undefined number of Iranians who have been jailed or restricted in their movements by U.S. courts as they face prosecution but has shown little public or private support for those individuals.

In a Tuesday statement to VOA Persian, U.S. State Department spokeswoman Morgan Ortagus reiterated Washington’s view of the Asgari case, saying he “is not and has never been a participant in any prisoner swap with Iran.” Iranian foreign ministry spokesman Seyed Abbas Mousavi had acknowledged that Asgari’s release was not part of a prisoner swap in comments to Iranian state TV earlier Tuesday.

1/2) Asgari and White have never been related. We have been trying to deport Asghari since last year, being stalled every step of the way by the Iranian government. We wish Iran was so enthusiastic to get its illegal nationals back as they would have us all believe... https://t.co/gKX4DzVhJB

Responding to a Monday tweet about Iranian Foreign Minister Mohammad Javad Zarif announcing that Asgari was flying back to Iran, acting U.S. Deputy Homeland Security Secretary Ken Cuccinelli also reiterated his accusation that Iran had been stalling U.S. efforts to deport Asgari for months. In an interview with the Associated Press last month, Cuccinelli said Iran had refused to provide Asgari a valid passport until late February and was refusing to charter a plane to pick him up.

“We wish Iran was so enthusiastic to get its illegal nationals back as they would have us all believe, so how about the Iranians take the other 10 currently in ICE custody with removal orders?” Cuccinelli wrote in his Monday tweet. “If Zarif wasn’t blowing smoke, they would have already made arrangements for these other 10. But instead, they stall.”

The Department of Homeland Security has declined to comment on VOA Persian’s request for the names of the other 10 Iranians in ICE custody.

Timeline of Sirous Asgari’s Prosecution and Detention by US 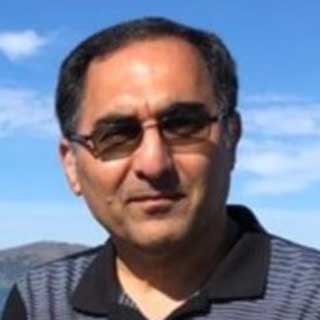 Iranian materials science professor Sirous Asgari had been under U.S. prosecution or detention for the past four years, until being deported from the U.S. on June 1, 2020. Below are the key events in his legal troubles in the U.S.

Indicted by federal prosecutors on April 20, 2016 on charges of stealing trade secrets while working at Case Western Reserve University in Cleveland, Ohio.

Allowed to remain free on bond with GPS monitoring through the end of his trial.

Acquitted by U.S. District Court for the Northern District of Ohio, with judge ruling that prosecutors did not present sufficient evidence against him.

Detained by U.S. Immigration and Customs Enforcement (ICE) immediately after acquittal. Over the next five months he is transferred by ICE between several different U.S. detention centers, pending his deportation to Iran.

Contracted COVID-19 while in ICE custody.

Awaiting deportation to Iran once declared medically fit to travel, according to ICE spokesman quoted by Reuters.

Iranian Foreign Minister Mohammad Javad Zarif told reporters that once Asgari tests negative for the coronavirus, “he will return to the country with the first flight”. U.S. Deputy Homeland Security Secretary Ken Cuccinelli responded on the same date by tweeting a demand for Iran to “stop stalling” and charter a plane to pick him up.

The U.S. deports Sirous Asgari and he is sent back to Iran.

Iran Strikes Defiant Tone at UN Under Crushing US Sanctions

Report: US to Slap Sanctions on More Than Two Dozen Targets Tied to Iran Arms