Millions of Ex-Convicts Struggle to Regain Their Right to Vote

Millions of Americans Barred From Voting This Election

Millions of Americans Barred From Voting This Election

A life-changing mistake could have cost Dan Close his right to vote, but the state of Vermont said otherwise.

Convicted 14 years ago on a felony charge of selling cocaine, Close was surprised to learn that he could still vote in state and national elections. That's because Vermont and nearby Maine are the only states in the nation that allow felons to retain their voting rights, even while they are incarcerated or completing their probation sentences.

By contrast, 4.7 million convicted felons nationwide who have completed their sentences are not allowed to vote. The Sentencing Project, a research group, found that 1 in 40 adult Americans accounting for 2.5 percent of the voting age population are impacted by felon disenfranchisement.

Moreover, voting-age black Americans are four times more likely to lose their voting rights than white individuals because of disparities in the U.S. criminal justice system. These ex-felons account for a significant number of voters who will not be able to vote in congressional and gubernatorial races in the Nov. 6 midterm election.

Debt paid, or more to prove?

Many supporters of felon voting rights say convicted criminals pay their debt to society by completing sentences handed down by judges and juries and shouldn't be further punished. They argue that ex-offenders should be allowed to fully participate in the political process when they rejoin their communities.

Opponents argue that felons have broken the social contract by committing a crime and must prove their worthiness to be fully readmitted into the society. The requirements for regaining voting rights vary from state to state and sometimes can take many years to fulfill.

State processes by which felons prove their worthiness are heavily influenced by two post-Civil War amendments to the U.S. Constitution addressing equal rights following the end of slavery. The 15th Amendment gave African American men the right to vote, while the 14th Amendment gave states the right to deny felons the vote, as well as the ability to decide the process by which it can be restored.

"People take it for granted — it's a right. And when any rights are removed, you feel it, you know it," Close said recently during an interview with VOA in Wilmington, Vermont.

"I think if you're an American citizen, you should have that right to vote — whether you're a felon or not," he added. "If you have an interest in politics and the way your country is going and you want to give your say and your opinion, you should be allowed to."

But that's not the case for Yraida Guanipa. She served 11 years in a Florida prison, followed by five years of parole, for drug-related charges. Yet since fully regaining her freedom in 2012, she still can't vote in Florida.

"Nobody can imagine how painful this (imprisonment and parole) can be, and then this?" she said. "I cannot even vote? Under the process right now, I'm not sure if I'm going to be able to vote again if it doesn't change."

Florida has the highest felon disenfranchisement rate by population of any state in the nation, with 1.5 million ex-offenders waiting to regain their voting rights. In a state with 29 electoral votes, the restoration of those rights could have a significant impact on future presidential elections. Republican George W. Bush captured the White House in 2000 after defeating Democrat Al Gore by a hair in Florida in a highly contested election ultimately decided by the Supreme Court. In the 2016 presidential election, Republican Donald Trump prevailed over Democrat Hillary Clinton in Florida by just 112,911 votes or 1.2 percent of the total.

Guanipa is one of nine plaintiffs in a federal class-action lawsuit alleging the state of Florida's review process for restoring felons' voting rights is arbitrary and unfair.

Florida requires felons to wait five to seven years after completing their sentence and any accompanying probation, parole or supervised release before they can submit an application to a state clemency review board for restoration of their voting rights. But the governor has the final say no matter what the clemency board decides.

"There are no set standards, rules or criteria," said Jon Sherman, the senior counsel at the Fair Elections Legal Network who filed the lawsuit. "They apply these vague standards like, ‘Have you turned your life around. Have you shown sufficient remorse?' And what's true for one person won't be true for another. There's no consistency in the application of that vague, subjective standard."

The lawsuit is based on precedents set in U.S. Supreme Court decisions preventing the government from limiting citizens' First Amendment rights to free speech. This is the first case arguing that the process of denying felons voting rights violates First Amendment protections.

The arbitrary nature of the board's decisions, Sherman argues, is incompatible with American democratic principles.

"You have state executive officials playing the role of king, essentially," said Sherman.

Attorneys for Florida governor, Republican Rick Scott, argued that the state constitution gives the governor unfettered discretion in all clemency, pardons and commutations, including the restoration of the right to carry a firearm.

Long before this case is decided, Florida voters will have an opportunity on Nov. 6 to pass Amendment 4, a ballot initiative that would rewrite the state's constitution to automatically restore felon voting rights upon completion of their sentences. Supporters of the initiative collected nearly 800,000 signatures to put the initiative on the ballot. Polls show that anywhere from 60 percent to 70 percent of Floridians support the initiative. At least 60 percent of voters must approve the initiative for it to take effect.

Felon disenfranchisement is part of Democrats' broader concerns over voter suppression nationwide. In the lead-up to the midterm elections, GOP-controlled state legislatures have drawn attention to their strict voter ID laws and maintenance of voter registration rolls. Georgia officials recently prompted nationwide criticism for removing the names of 107,000 voters who had not voted in prior elections.

Analysts say the disenfranchisement of felons has been intertwined with racial relations in this country dating back to the end of the Civil War, when passage of the 15th Amendment to the U.S. Constitution made denial of the right to vote on the basis of race illegal.

According to Sean Morris Doyle, counsel at the Brennan Center for Justice, "There were a number of states — including Florida — which when they were forced to acknowledge and accept the 15th Amendment and provide the right to vote to African-American men, simultaneously put into place provisions like this one, which disenfranchise people with felony convictions in their past."

Doyle said these laws — often referred to as "Black Codes" — were aimed at criminalizing African-American men while denying them the right to vote.

Vermont and Maine — the two states with the highest percentage of white residents — are the outliers in giving current felons the right to vote. Vermont's approach, which has been on the books since at least 1977, is not popular with all of the state's residents.

"You pay a price. You've lost your freedom," said Richard Perry, a Springfield, Vermont, resident who has experience with the issue because of his son's felony conviction for selling marijuana.

Perry said that now that his son is out of jail, he should have the right to vote, but "I just think that, as a rule of thumb, if you're not free to be out here, then you don't necessarily need to vote."

Andrew Kingsbury, a former Vermont corrections officer, said "we're convoluted in saying that you're being punished for things you've done in society that we don't deem to be acceptable, and on the other hand saying, 'Well, you're allowed to have these benefits and rights.'"

Kingsbury said he did not see much prisoner interest in voting during his time as a corrections officer in Vermont. He does not support Vermont's law allowing current prisoners the right to vote but said he understands why restoration of the right is an important part of rehabilitation.

"As soon as a person's reintegrated back into society, and they're now a contributing member to society in a positive manner," said Kingsbury, "I believe that they should have all of their rights — life, liberty and the pursuit of happiness."

It's an opportunity Dan Close is determined to make the most of on Election Day. A fan of President Donald Trump, he said his trip to the polls is "a guarantee —already registered. Ready to rock the red wave."

Denying convicted felons the restoration of their voting rights after they have fully served their sentences is not the only way that civil rights groups say states have engaged in tactics to suppress the vote of many African Americans, American Indians and other minorities. Here are two other examples: 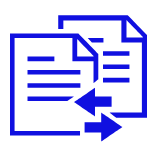 Georgia’s “exact match” law allows county voting officials to disqualify absentee ballots if they have questions about the validity of a signature or if minor discrepancies in addresses or other voter registration records exist. The “exact match” law approved by the Republican controlled state legislature has been blamed for the suspension of more than 50,000 registration applications in the state this year, according to the Associated Press, with 80 percent submitted by blacks and other minorities.

Last week, just 14 days before the midterm election, a federal court judge ordered Georgia Secretary of State Brian Kemp, the Republican candidate for governor, to instruct local election officials to stop rejecting absentee ballots containing voter information that doesn’t precisely match state records, but instead designate them as “provisional.” Voters whose ballots were challenged have an opportunity to provide additional documentation to confirm their identities. The ruling in suits brought by three civil liberties groups marked a victory for Kemp’s Democratic opponent, Stacey Abrams, who is attempting to become the first black woman ever elected governor in the US. 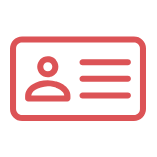 A law passed last year in North Dakota requires voters to produce a photo identification with a residential home address before they can vote. Several Native American groups promptly challenged its constitutionality in federal court, arguing the requirement poses an unconstitutional obstacle for Native American voters. They noted that a disproportionate number of Native American citizens are homeless and many others, who live on reservations or in rural areas, don’t have residential street addresses.

This voter ID controversy has gained national attention because it may impact the race for the state’s U.S. Senate seat between current Democratic Senator Heidi Heitkamp and her Republican opponent, U.S. Rep. Kevin Cramer. So, when a federal court agreed with the plaintiffs and ordered the state to allow voters to cast ballots as long as their identification contained a mailing address such as a post office box, it appeared to be a victory for Heitkamp as well as thousands of her Native American supporters. North Dakota election officials were forced to adhere to the court’s order when voters went to the polls for the June primary. But in September the 8th Circuit Court of Appeals put the lower court’s order on hold. And earlier this month, the U.S. Supreme Court declined to intervene, leaving the state’s voter identification law intact.

Now Native American groups are scrambling to devise workarounds to provide voters with proper identification before the Nov. 6 midterm election.